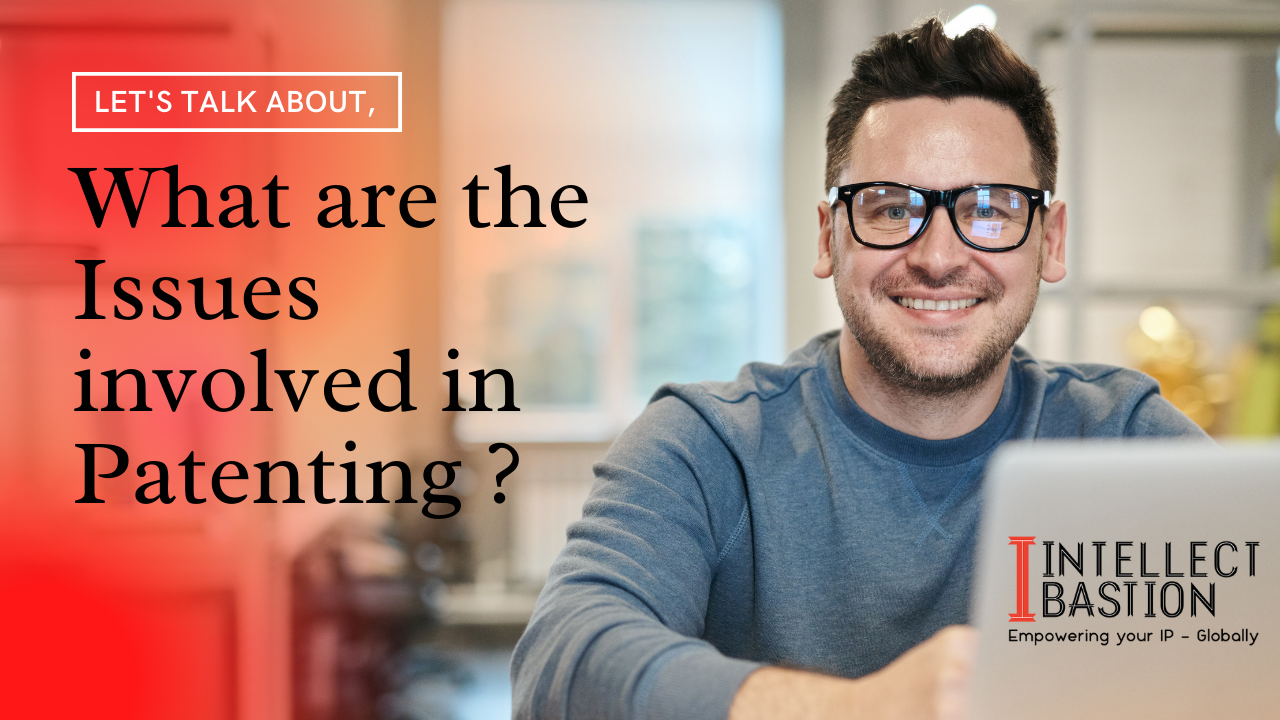 Nothing is Priceless and everything comes with a price. And hence coming to the first issue which is “Investment” !!!!

Getting through Patents involves a big amount of investment from your side. As an approximate idea, patenting your inventions certainly involves investments ranging from INR 20,000 to INR 50,000 just for filing your Patent which depends on the type and complexity of your invention. This is because filing a Patent involves so many sequential steps like Patent searching, drafting, illustration work, form preparation work and thus filling.

Well, even after filing your Patent, most often objections are also raised to which we need to reply, and sometimes hearing is also asked by examiners, in which we need to justify your work through a face-to-face meeting with the examiner. So the whole process involves a substantial sum of money to be taken out from your pocket.

The second problem involved with Patents, which can also be considered as a part of the first point that I have just discussed with you (which is “Investment”) is yearly Renewals.

Once your Patent is successfully granted, this is not the end of the dealing with the Patent office. You need to pay yearly renewal fee to your respective patent office in order to keep your Patent alive. And this renewal process is to be continued till the time you want your patent to remain active, which can though maximum be done up to the prescribed lifetime of patents, i.e. 20 years.

Time is another issue that remains with the Patent lifecycle. It takes a few months to file a properly drafted complete specification of your invention and after filing the invention, it may take up to 3 to 4 years, and sometimes even more than this, to get a granted patent for your invention.

I do understand this is a long time for a person to fight for an invention’s protection because, in some fields, since the technology is growing so fast, that in fact, the technology involved in those inventions becomes obsolete even before it is granted.

Nextly, you should be clearly informed about the fact, that Patents are territorial in nature. This means, if you file a Patent in India, you will get a granted protection for that Patent in India only. In case you wish to get protection for your Invention in other countries like in USA, Europe or Australia, then you need to file your application in all these countries separately or follow the PCT process. I will definitely discuss about PCT which is Patent Corporation Treaty in my coming videos/blogs.

Also, if you really think that your invention cannot be easily reverse-engineered by any of your competitors then protecting it as a trade secret is a far better option than protecting it as a Patent. For example, the Coca-cola formula, Pepsi formula, Google search algorithm and Listerine formula have been protected as a trade secret by their owner companies, because they cannot be easily reverse-engineered as per the knowledge of their owners. And it has actually been so many years these products have been in the market for so long and no one is able to crack the formula of Coca-Cola or Pepsi or Listerine and same is the case with Google algorithm. So why to minimize the protection term to just 20 years by having Patents and on top of it, unwantedly disclosing your top secret invention to others.

Lastly, once you have the Patent granted for your invention, now this is the starting of your commercialization journey. You know that your patent is obviously disclosed to your competitors as well, as published content. And that’s why you need to keep eagle eyes on the market scenario to ensure that no one in the market intentionally/unintentionally infringes your Patent and tries to snatch your part of benefits in the big commercial market.

So the point is, that once your patent is granted, you have the responsibility of not only dealing with the enforcement of your patent, but also to keep a check on, and deal with, unwanted use of your patented invention by other competitors in the market.

Thank you so much for reading this article and I am glad that now you are completely informed about all the issues involved in patenting before you go for this very process or reach out to an attorney for the same.

For Free Consultation related to your Invention or any other IPR concern, Connect with me at +91 9977007307 or email at prachi.chopra@intellectbastion.com or send a request here: Consultation Request. We will get in touch with you within a day.

How to convert an idea into a patent?